On And Off Ice, Baudette's Wally Olds Was 'The Real Deal'; Courtesy Of StarTribune.com 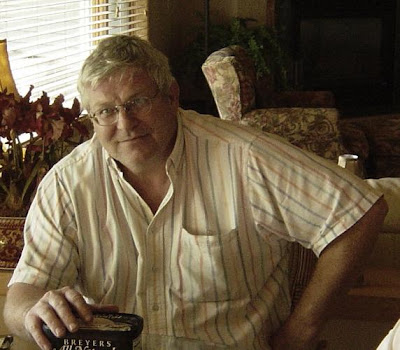 The Olympic silver medalist and former Gophers defenseman is remembered as a fast, intelligent hockey player and a man of great integrity.
By MARY LYNN SMITH, Star Tribune
Hockey took Wally Olds from the rinks in Baudette, Minn., to the 1972 Olympic games in Japan. He skated with the pros in North America and Europe and then the "old-timers" in the Twin Cities.
"Hockey was his first love," said his daughter, Ashlee Olds, of St. Paul.
Health problems knocked him off the ice a few years back, she said. Olds died Jan. 11, two months after his colon cancer was diagnosed. He was 59.
"He was one of the finest Olympians we ever had," said Murray Williamson, who coached the 1972 silver-medal U.S. team. "He was a very intelligent gentlemen, very team-oriented and as even-mannered as you could get. "
On the ice, "he always knew where to get the puck and what to do with it when he got it," said fellow Olympic teammate Dick McGlynn.
"Wally wasn't intimidated by anything, because he thought everything through," McGlynn said. " He felt he could pit his physical and mental skills against anybody. He was very logical and calculating ... and understood the flow of the game."
"He was the real deal," said Craig Sarner, Olds' college roommate and his teammate on the Gophers and Olympic teams. "He was 6-foot-2, 210 and he could absolutely fly -- fast on his skates, shoot, pass. Plus, he was one of the smartest human beings I've ever met. He was a shark when it came to knowledge.
"
Olds studied electrical engineering at the University of Minnesota and graduated with honors.
Despite their Olympic medals, Olds and rest of the 1972 team came home to little fanfare. "We were shocked that no one seemed to know what we had done," McGlynn said.
But it was a different era. While the team won its medal in Japan, it was in the predawn hours in America, and most Americans were asleep. There was no delayed broadcast of the game, no Internet replays, McGlynn said. "In sports history," McGlynn said, "we're in a box someplace with a lot of dust on it up in the attic."
Olds and his teammates went on with their lives, McGlynn said.
Olds played for the New York Raiders, the Chicago Cougars and the Calgary Cowboys in the World Hockey Association from 1972 to 1976. Then he moved to Europe, where he played hockey in Austria, Germany, Switzerland, Sweden and Norway.
With his professional hockey career behind him, Olds worked in the construction business in Long Island, N.Y., before returning to Minnesota in 1990 to coach one season at Breck High School in Golden Valley. After that, he worked as a sales engineer for several hydraulic testing equipment companies in the Twin Cities.
"He was a common guy," Sarner said. "But he had an uncommon amount of integrity."
In addition to his daughter, he is survived by his wife, Beth, of Marine on St. Croix; son, Craig of Maryland; his mother, Avis of Minneapolis, and a brother, Larry of Minneapolis. A memorial service will be held at a later date.